The St. George area is often touted as the gateway to Zion National Park, and that’s true—it’s quick and easy to get to this iconic national park from St. George. But there’s so much more to southwestern Utah than its proximity to Zion. This slice of Utah is filled with adventure possibilities, ranging from mountain biking and hiking to sports you may not have tried, like spelunking, rock climbing, and stand-up paddleboarding.

Next time you’re headed to St. George, sure, plan to spend some time exploring Zion. But add these must-do adventures to your list for thinner crowds and plenty of bang for your buck.

Bikes aren’t allowed on any of the dirt trails inside the national park (you can ride on the paved Pa’rus Trail), but you can definitely get your fill of off-road riding at nearby Gooseberry Mesa, just west of Zion. The singletrack trails here are world-class, and best suited for adventurous intermediate and advanced riders (beginners can head out the main dirt road on the mesa, but will end up doing some hike-a-biking on the actual trails). Gooseberry doesn’t have much sustained climbing on its 13-ish miles of trail—it’s more like short bursts—but boasts flowy singletrack, roller slickrock, and wide-open views for days.

Snow Canyon State Park’s name might sound odd for a park in the middle of the desert, but it rarely sees much snow; instead, it’s named for Mormon pioneers Lorenzo and Erastus Snow. One of the best ways to see the park’s towering Navajo sandstone cliffs and ancient lava flows is on horseback. It doesn’t hurt that this landscape was the backdrop for classic Western films like Butch Cassidy and the Sundance Kid, making it extra-enticing to take in the views as the cowboys did. Several outfitters offer equestrian tours of the park, making it easy to see Snow Canyon from a saddle.

Utah’s next door neighbor, Colorado, gets lots of attention for its 300 annual days of sunshine, but southwestern Utah boasts the same statistic. With all those bluebird days, there are plenty of opportunities to climb rocks in and around St. George, and the area delivers, whether you’re looking for sport climbing, bouldering, or trad.

Black Rocks is an ideal destination to get your feet wet with St. George-area climbing since it’s got a handful of each route type. There’s also the Chuckawalla Wall, which is all sport climbing (and with routes that go at 5.10 and above, it’s a destination for once you’ve gotten a feel for the area’s grades). Climbing here is best done in the shoulder seasons and winter months when it’s cooler—both crags get plenty of winter sunshine.

This limestone tectonic cave system is considered one of the best caves to explore in Utah, and it’s the only BLM-managed cave in the St. George area that’s open to the public. Bloomington Cave also has the distinction of being an ambient 58 degrees Fahrenheit year round, so it’s a great place to escape the desert heat during the warmer months. There are five routes to choose from, and each will require some tight squeezes and climbing on slippery surfaces. Don’t forget your headlamp and you’ll need to obtain a free permit from the BLM Field Office in St. George before you visit.

Southwestern Utah is a beloved road cycling destination, and you’ll hear a lot about the cycling tours of Zion National Park. But there’s plenty of cycling to be had on roads outside the park, too, including the paved loop in Snow Canyon, which is accessible right from St. George.

The doubletrack paved loop covers a total of 18 miles, though there are numerous spur roads and side trails to explore if you’re so inclined. You’ll also get a fair amount of climbing in: expect a little over 1,000 vertical feet, mostly in a series of steep, rolling pitches.

Trekking out to a lava flow sounds like something you could only do on an island in the Pacific, but landlocked Utah has some tricks up its sleeve, too. Snow Canyon State Park boasts both ancient lava tubes and petrified sand dunes, and you can explore both in a 4.3-mile mind-blowing hike.

Begin on the Lava Flow Trail, which starts off Snow Canyon Road. The trail meanders past a handful of lava tubes, which you can scramble into and check out, and eventually spits hikers out on West Canyon Road, which intersects with the Petrified Dunes Trail.

Thanks to its high elevation of nearly 7,000 feet, Pine Valley Reservoir is an ideal spot to beat the heat. Its namesake pine trees mean there’s plenty of shade, and when you’re actually out on the reservoir, calm waters make for excellent stand-up paddleboard conditions. (If you don’t have your own SUP, you can rent one in St. George.)

Half a dozen campgrounds in Dixie National Forest make it easy to extend a day trip into a whole weekend, and if your core needs a break from all that paddling, you can take advantage of the reservoir’s hatchery-fed fishing.

The spectacular pink-colored dunes of Coral Pink Sand Dunes State Park were formed by the erosion of the surrounding sandstone cliffs, and though there’s an interesting geology lesson there, they make for an even better (and much faster-paced) adventure. The dunes can move as much as 50 feet each year, making for ever-changing conditions. About 2,000 acres of the park are open to off-road vehicle use, and if you don’t own your own ATV, you can sign on with an experienced outfitter who will get you on four wheels. You’ll also have a chance to see slot canyons, petrified dinosaur tracks, and other desert wonders along the way.

Quail Creek Reservoir is fed both by Quail Creek and the Virgin River, and it’s easily accessible from St. George. Quail Creek State Park is home to some of the warmest waters in Utah, making it a top-notch spot for anglers to fish for rainbow trout and bass, along with catfish, bluegill, and crappie.

Save time by purchasing your Utah state fishing license online before you head out to the park. Ready for a break from the fishing? Rent a SUP or other craft right there at the state park, then retire to a gorgeous campsite with red rock views at the end of your day on the water.

Read about atv / utv in Greater Zion and explore guides & outfitters in the area. 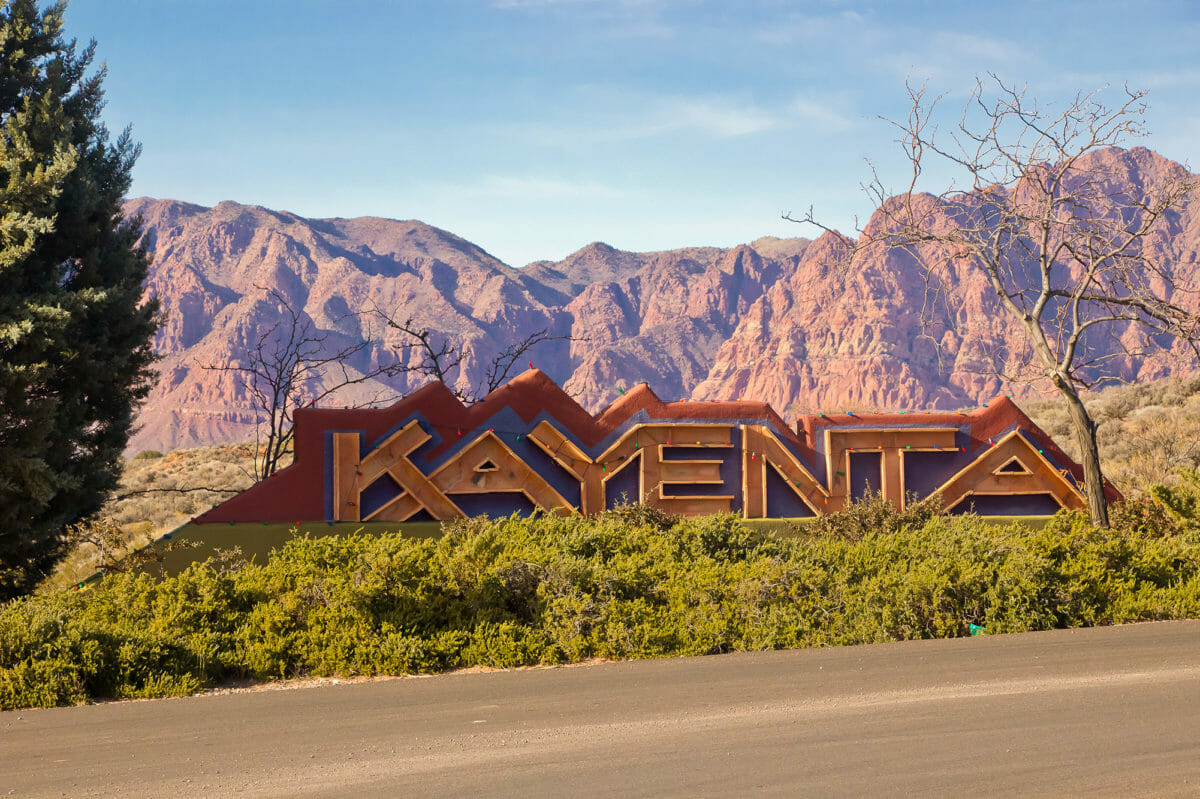 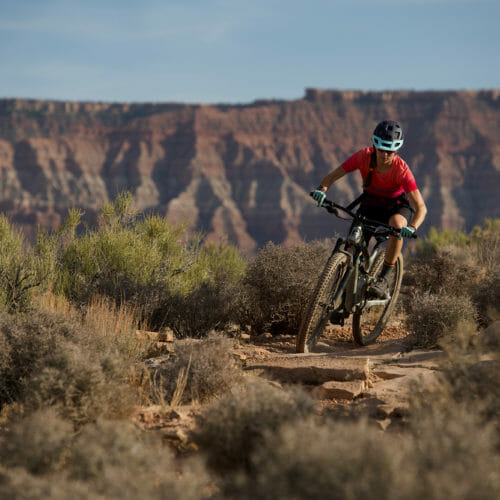 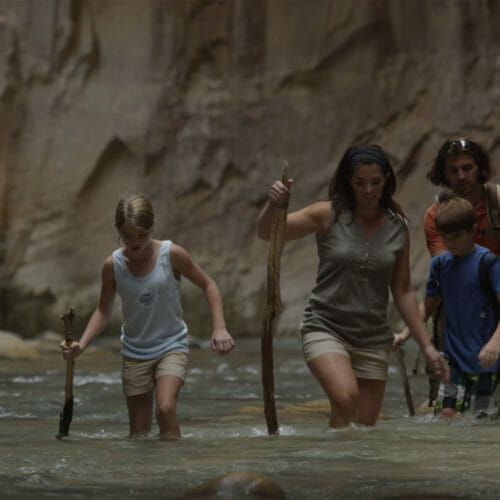 How To Beat the Heat in Zion 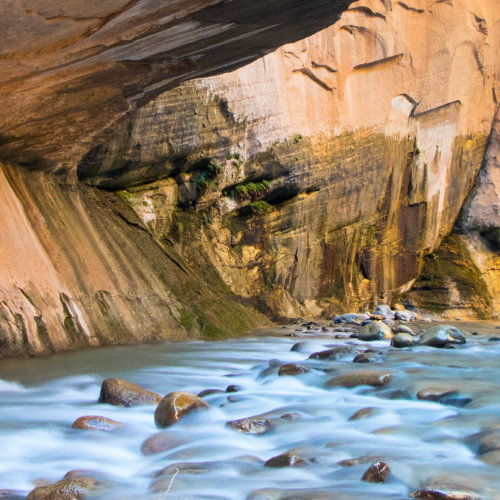