Known as Utah’s Dixie, the story of a group of settlers determined to succeed despite a harsh desert climate and struggles with water – sometimes because there was too much of it, resulting in flooding that sometimes wiped out whole towns, but most of the time because there was too little of it. At first, dependent on agriculture, the area’s economic base has expanded significantly over the last four decades to include industry and tourism. Home to few residents in the late 19th and early 20th centuries, the population has skyrocketed in the last 20 years.

The Virgin River Anasazi were the area’s earliest residents, inhabiting the area from approximately 200 B.C. to 1200. They left behind rock art and ruins of their dwellings. The reason for their departure is unknown to this day. The Paiute tribe arrived between 1100 and 1200, utilizing the area as a hunting ground for deer, rabbits and other animals. The Paiutes also grew crops along the riverbeds, including corn, wheat and melons. In 1776, the Dominguez-Escalante Party became the first recorded European-Americans to visit the area. Fur trappers and government survey parties followed.

St. George became the county seat of Washington County in 1863.

That same year, construction began on the St. George LDS Tabernacle, which was finished in 1875. In 1871, work began on the St. George LDS Temple, which became a cooperative effort uniting many Southern Utah communities. Mormon Apostle Daniel H. Wells dedicated the temple on April 6, 1877. It was the first temple constructed west of the Mississippi River. Undergoing significant renovations in the late 1930s and mid 1970s, the structure is the longest continuously operated Mormon Temple in the world.

In 1911, to commemorate the 50th anniversary of St. George’s settling, the Dixie Academy building was constructed. The LDS Church operated the academy until 1933, when it became a two-year college within Utah’s higher education system. The new Dixie College campus opened in the southeastern corner of the city in the 1960’s. Today, Dixie State College boasts an enrollment of approximately 5,200 and features several four-year programs, including business administration and computer and information technology. 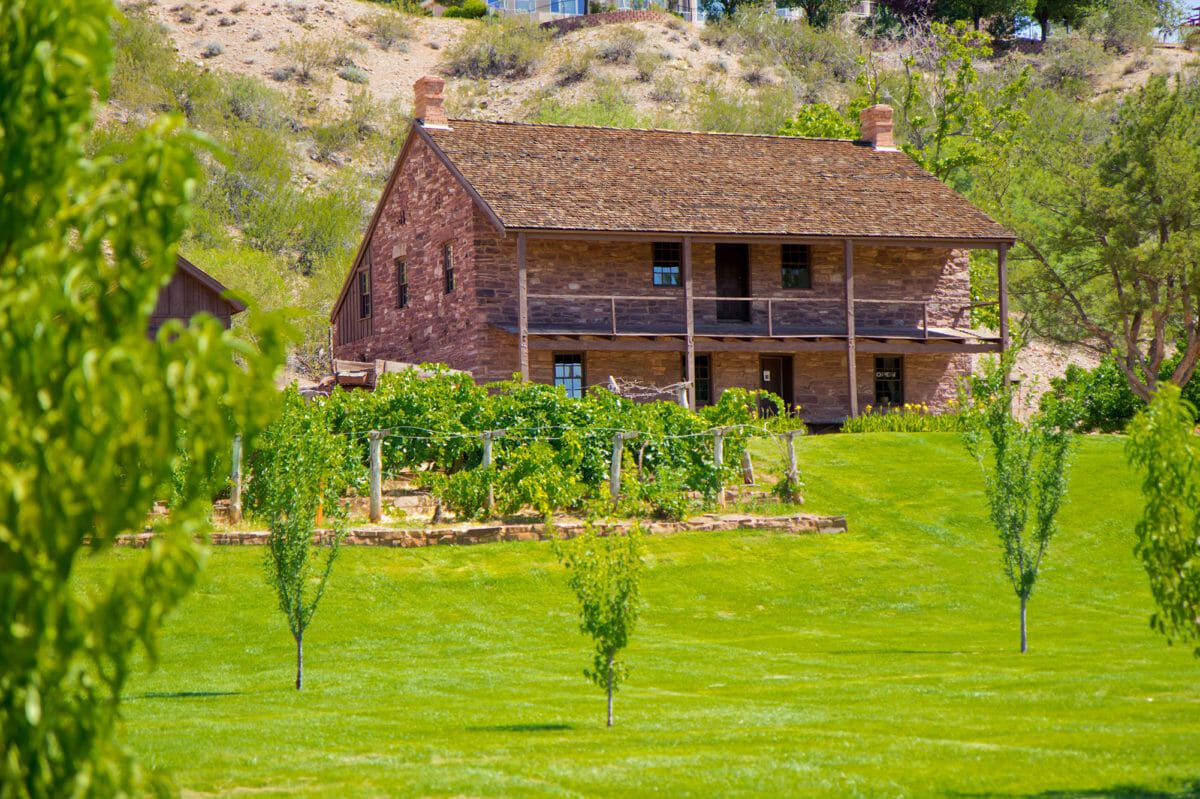