Some of Zion’s most recognized natural wonders are the 2,200-foot Great White Throne, its most famous landmark, the Court of the Patriarchs, Angel’s Landing and the Watchman, which guards its south entrance. Three of the canyon’s most popular trails, providing visitors with breathtaking views of these formations and others, are Emerald Pools, Weeping Rock, and Riverside Walk (also known as “Gateway to the Narrows”). Each year thousands of people flock to Zion to hike the Narrows of the Virgin River, which are so narrow in some places that a hiker can nearly touch both sides of the canyon wall with outstretched hands. The Kolob Canyon section, located in the northwestern part of the park, is home to Kolob Arch, which at 310 feet is the world’s largest known natural span.

The Anasazi people inhabited Zion from approximately 1,500 to 800 years ago, leaving behind abandoned cliff houses and rock art throughout the park. When Nephi Johnson arrived in what would become Zion National Park in 1858, the Paiute Indians occupied the canyon. Isaac Behunin became the first permanent European-American settler in the canyon when he built a one-room log cabin near the present location of Zion Lodge in 1861. Behunin named his new home Zion, remarking, “A man can worship God among these great cathedrals as well as in any man-made church – this is Zion.” A few other settlers soon joined Behunin, establishing farms along the narrow valley floor. In the early 20th century, David Flanigan constructed a system of cable works to transport timber from the high mountain forests approximately two thousand feet above the canyon to the valley below.

John Wesley Powell, noted for his explorations of the Colorado River and as the second director of the U.S. Geological Survey, surveyed the area in 1872 and recorded the canyon’s name as Mukuntuweap, an Indian word meaning “straight canyon.” Frederick S. Dellenbaugh, an artist who was part of one of Powell’s trips down the Colorado, spent part of the summer of 1903 painting in Zion Canyon. Dellenbaugh exhibited his paintings at the St. Louis World’s Fair in 1904 and wrote an article in Scibner’s Magazine that same year flowing with superlatives describing Zion’s wondrous landscape, saying of the Great Temple that stands at the entrance to Zion Canyon, “Without a shred of disguise its transcendent form rises pre-eminent. There is almost nothing to compare to it.”

In 1909, President William Howard Taft signed a proclamation creating Mukuntuweap National Monument to protect Zion Canyon and its surrounding area. The first road up the canyon was finished in 1917 with the help of appropriations secured by Utah senator Reed Smoot. The Woodrow Wilson administration significantly expanded it and renamed it Zion National Monument in 1918. In 1919, it received national park status. In the early days of Zion tourism, visitors rode buses to the park from Cedar City, Utah after a thirty-five mile railroad spur off the main line from Lund was finished in 1923. These long buses featured convertible tops, which provided for much better viewing of the park’s spectacular scenery. During the mid 1920s, the Union Pacific and the Utah Parks Company, its subsidiary, spent over $1.7 million for improvements directly or indirectly related to the development of the park, including the construction of Zion Lodge in 1925. The company built a bus garage in Cedar City to house and maintain forty 11-passenger buses purchased to take tourists on a tour of what became known as “The Grand Circle,” which included Bryce Canyon, Cedar Breaks, the North Rim of the Grand Canyon, Pipe Springs and Zion. A large fire destroyed Zion Lodge in 1966, but a new building rose only a year later. Crews restored the lodge’s exterior to better resemble its original architecture during the winter of 1989-1990.

One of the park’s most impressive construction projects, still considered an engineering marvel, was the blasting of a 1.1-mile tunnel through solid sandstone, between 1927 and 1930, which extended the highway to Zion’s east side and the town of Mt. Caramel. The tunnel included lookout “galleries,” cut like windows in the rock to allow motorists a better view of the canyon below. The 1920s and 1930s also saw the construction of many of the park’s hiking trails, including the famous “Walter’s Wiggles” section on the way up to Angel’s Landing, which was named after Walter Reusch, the park’s first custodian, who supervised the construction of the West Rim Trail. Kolob Canyon became a national monument in 1937. Congress incorporated it into Zion National Park in 1956.

In May 2000, Zion National Park began operating a mandatory shuttle system to transport visitors up the 6.5-mile Zion Canyon Scenic Drive during the peak season. As part of the transportation system, a voluntary shuttle also began in the town of Springdale, the town immediately south of the park’s boundary. The shuttle came about as the result of a long planning effort whose genesis was in the mid 1970s, when park managers began to realize that traffic congestion in the canyon degraded both the resource the park service was trying to protect and the visitor experience. Prior to the shuttle, thousands of cars a day competed for only 400 parking spaces within the canyon, which caused frazzled nerves in visitors vying for one of those spots and resulted in drivers parking illegally on road shoulders and other unauthorized areas, leading to trampled plant life and increased erosion potential, among other ills. The shuttle system has rectified the problem of vehicle congestion and softened the impact of visitation on the park while still giving visitors a quality experience. It eliminated private automobile traffic, which reduced air and noise pollution, decreased degradation to vegetation, and has fostered a less-stressful, more enjoyable visitor experience. Zion is just 40 miles from Saint George Utah. 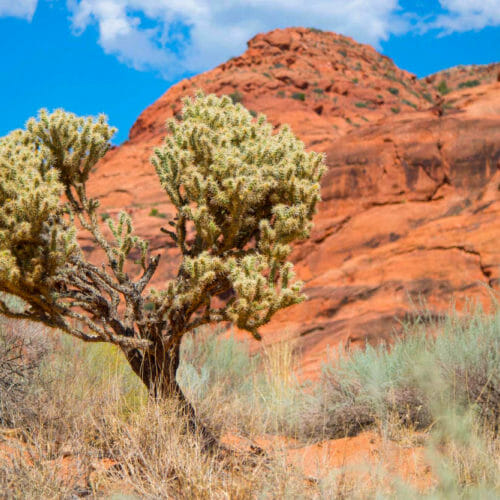 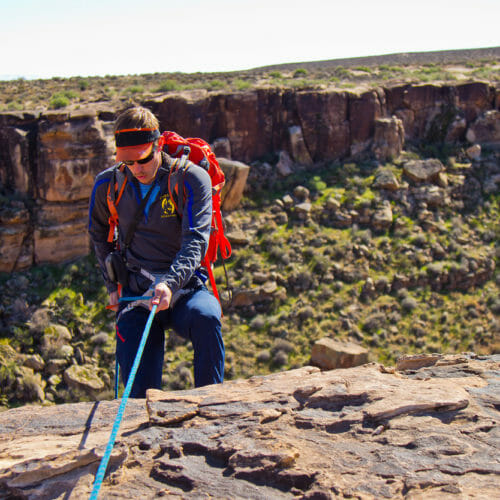 Editorials 7 Adventures to Get Your Heart Pumping in St. George 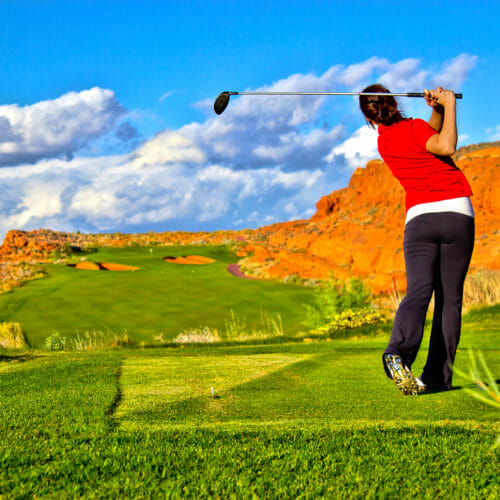