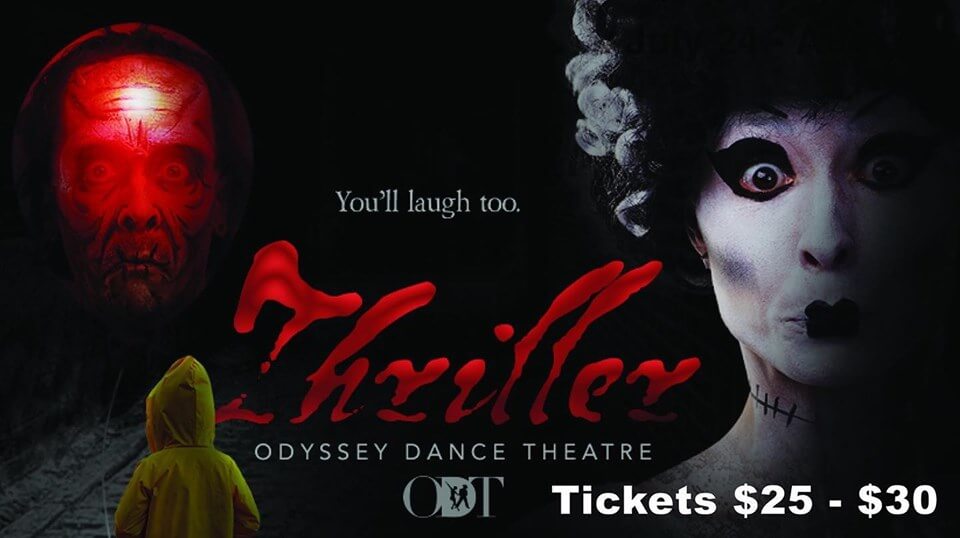 If Odyssey Dance Theatre’s “Thriller” isn’t part of your yearly Halloween tradition, it should be. The spooky spectacular combines technical aspects of dance while paying homage to the stars of All Hallows’ Eve.

Throughout the two-hour program, “Thriller” highlights all the heroes of the season, including Frankenstein’s monster and his bride, skeletons, mummies and werewolves. But among the ghouls, you’ll find other unlikely heroes of Halloween, such as Bubbles the Clown and the “Giggle Girl,” who sings and maniacally laughs her way through songs such as “I Saw Mommy Killing Santa Claus.”

Critics agree that Odyssey Dance Theatre is nothing short of spectacular:

“Odyssey’s Thriller”..a delightful “Dance Macabre”….As for humor, there were bucket loads. Laughs abounded during a “Romeo & Juliet” inspired “Frankenstein & Frankenstein” and “Jason Jam,” a work that used a lot of percussive dancing, a la “Stomp”, that spotlighted three “Friday the 13th” villains dancing with ice picks, machetes and, of all things, chain saws. The whole idea was cool…” — Scott Iwasaki, Deseret News.