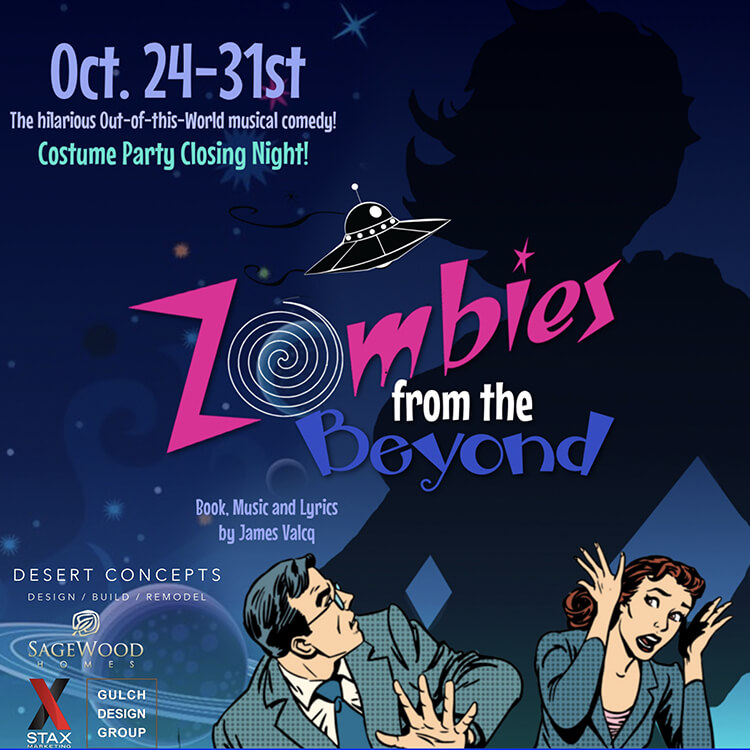 “Zombies from The Beyond” is an American musical comedy with book, music, and lyrics by James Valcq. It opened Off-Broadway on October 11, 1995 at the Players Theatre. The show examines American ideals and foibles during the era of President Dwight D. Eisenhower in a tone that is often parodistic and sometimes genuinely satiric, all following closely the structural form of B-movie Space Paranoia films that were popular during the 1950s.

The musical opened in October 1995 to virtually unanimous acclaim from both New York and out-of-town critics and was poised to become a sleeper success. Reviewers praised the deadpan performing style of the material, which seemed to heighten the humor by playing against camp values. The surprisingly fresh music score which was an homage to the adult pop sounds of the 1950s such as Perry Como, Patti Page, and Doris Day.