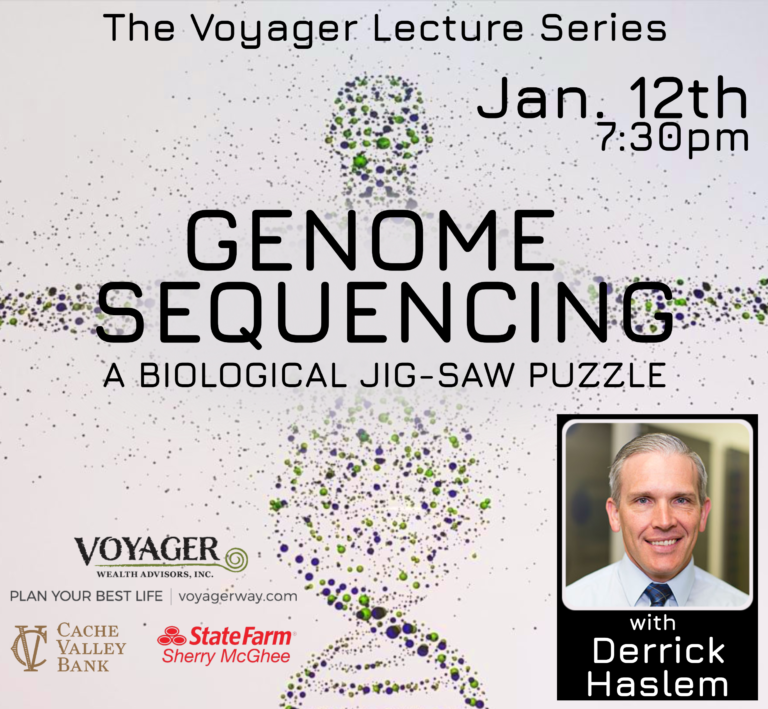 Have you met the family genes? A portion of the population will experience illness due to predictable bits of their own genetic code. The new Intermountain Precision Health and Genomics population study known as “HerediGene” is working to get half a million people to submit their blood for the creation of a model for those who might fall ill for genetic reasons.

“The HerediGene: Population Study is the largest population study ever attempted from a single population,” said Lincoln Nadauld, MD, Ph.D., Vice President of Intermountain Precision Health & Genomics, “Already in the first 10,000 of genomes analyzed, we’ve discovered hundreds of disease-causing genes. The HerediGene: Population Study is an exciting and ambitious initiative that will be world-changing.”

Dr. Derrick Haslem, one of the scientists working on the HerediGene initiative, will give a detailed lecture on the program, and what we know about the link between human genetics and illness.