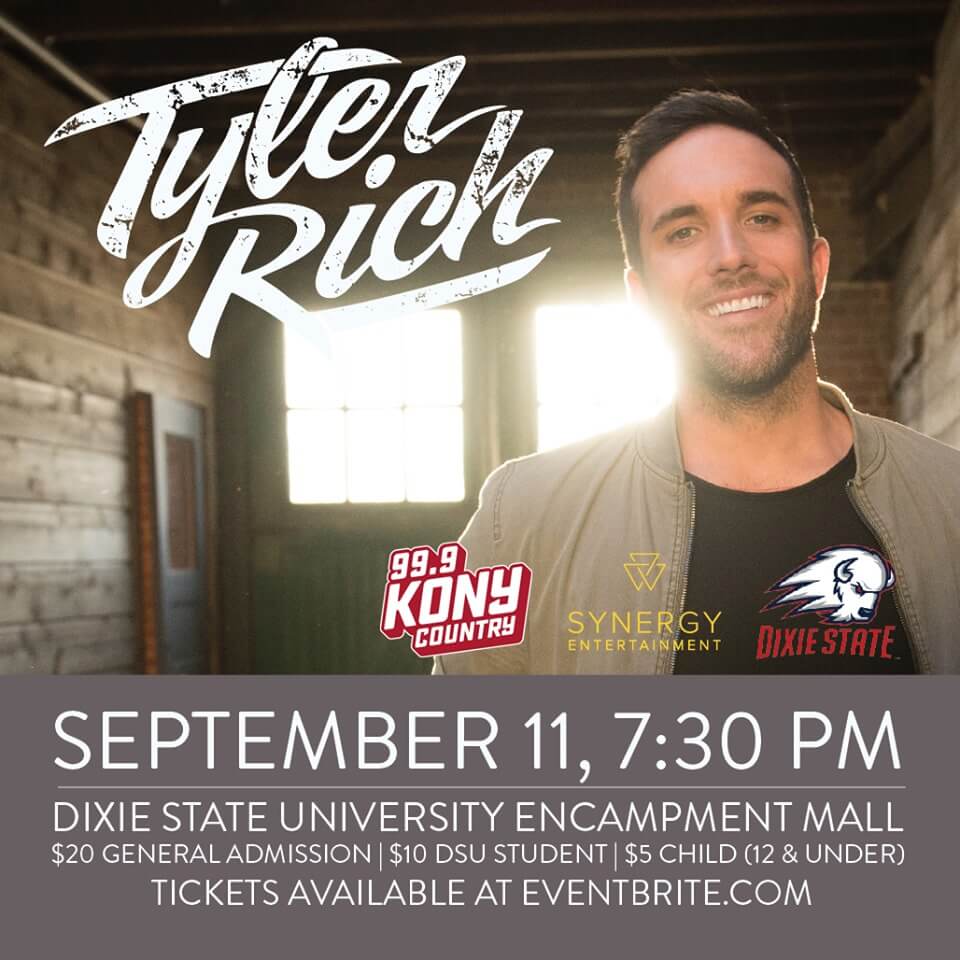 Raised in Yuba City, a small farming community in Northern California, Tyler Rich found his love of music gathered around a Christmas tree alongside family singing holiday classics and family favorites of all genres including Creedence Clearwater Revival, Michael Jackson, The Beatles, and Tom Petty. At age 8 his cousin introduced him to the Country sounds of George Strait, Garth Brooks and Alan Jackson before his grandparents surprised a then 14-year-old with a guitar so he could join in the annual jams. Fast forward to graduating college with a degree in Economics, Tyler moved to LA to pursue a different game of numbers – music – exploring various genres with songwriting and bands before taking the leap as a solo artist. His fanbase has grown from Sacramento supporting his independent release to signing a record deal with The Valory Music Company and publishing agreement with Big Machine Music. While introducing his amplified sound and infectious energy coast to coast, the 2018 CMT Listen Up Artist has moved to Nashville and become a road warrior performing alongside some of the genre’s top acts including Dustin Lynch, Sam Hunt, Brett Eldredge, Justin Moore, Cole Swindell, Dan + Shay. His single The Difference is available now! Source: www.tylerrich.com

This is a concert you won’t want to miss! Get your tickets today!