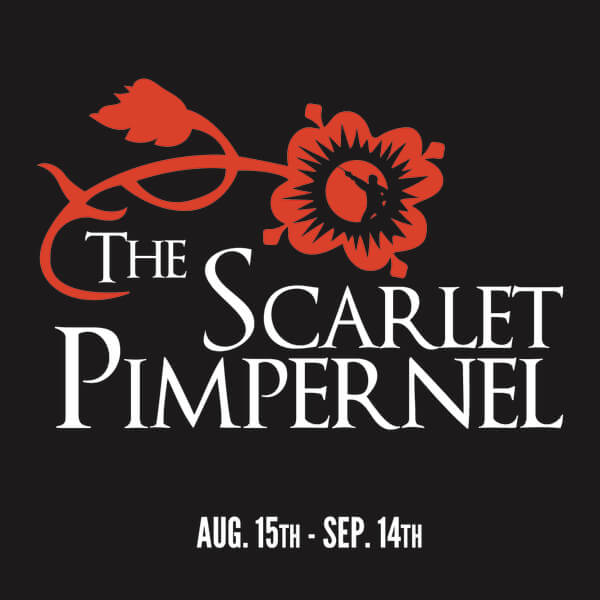 THE SCARLET PIMPERNEL is a swashbuckling action/adventure musical, based on Baroness Orczy’s famous 20th-century novel about the French Revolution and the battle for Liberty, Equality and Fraternity. With an epic, sweeping book by Nan Knighton and a rousing and passionate score by Knighton and Frank Wildhorn, THE SCARLET PIMPERNEL is a colorful window into 18th century French and British history. The show features drama, comedy, and the love triangle of Percy, a British aristocrat who dons an alias to subvert the French, Chauvlin, his always-clad-in-black nemesis and Marguerite, Percy’s new bride and Chauvlin’s former flame. The show’s most popular numbers include “Into The Fire,” “When I Look At You,” “You Are My Home,” “She Was There,” and “I’ll Forget You.” SGMT’s production will be an exciting, elegant show not to be missed –directed by Kyle Myrick. SGMT rated PG for some minor language, simulated beheadings and mature themes.