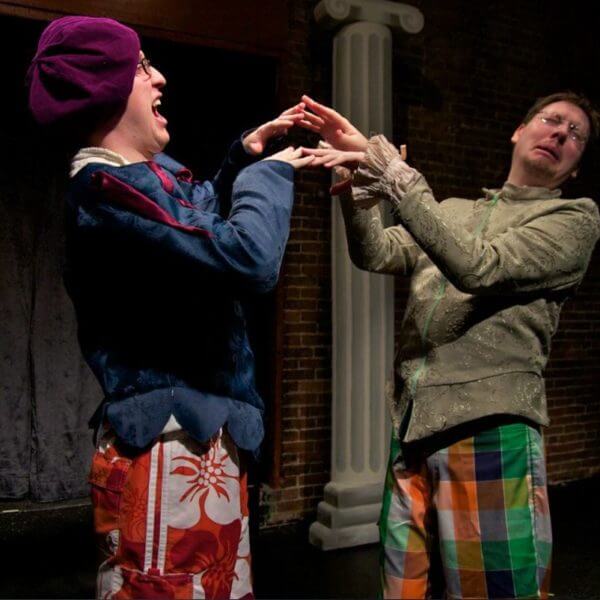 The Complete Works of William Shakespeare (Abridged)” (also known as “The Compleat Wrks of Wllm Shkspr (Abridged)”) is a play written by Adam Long, Daniel Singer, and Jess Winfield. It parodies the plays of William Shakespeare with all of them being performed in comically shortened or merged form by only three actors. Typically, the actors use their real names and play themselves rather than specific characters. The fourth wall is nonexistent in the performance, with the actors speaking directly to the audience during much of the play, and some scenes involve audience participation. The director and stage crew may also be directly involved in the performance and become characters themselves.

The script contains many humorous footnotes on the text that are often not included in the performance. However, improvisation plays an important role and it is normal for the actors to deviate from the script and have spontaneous conversations about the material with each other or the audience. It is also common for them to make references to pop culture or to talk about local people and places in the area where the play is being performed. As a result, performances differ, even with the same cast.

*Please note that each dinner order for this event will count as an extra ticket on our ticket page. When asked how many tickets you need, please enter your number of tickets PLUS dinners, then select the standard price and dinner options separately for each ticket from the dropdown menu on the ticket type page. Distant events may not yet have dinner tickets available. Seat tickets may be ordered now, and dinner tickets will be added as events draw nearer.