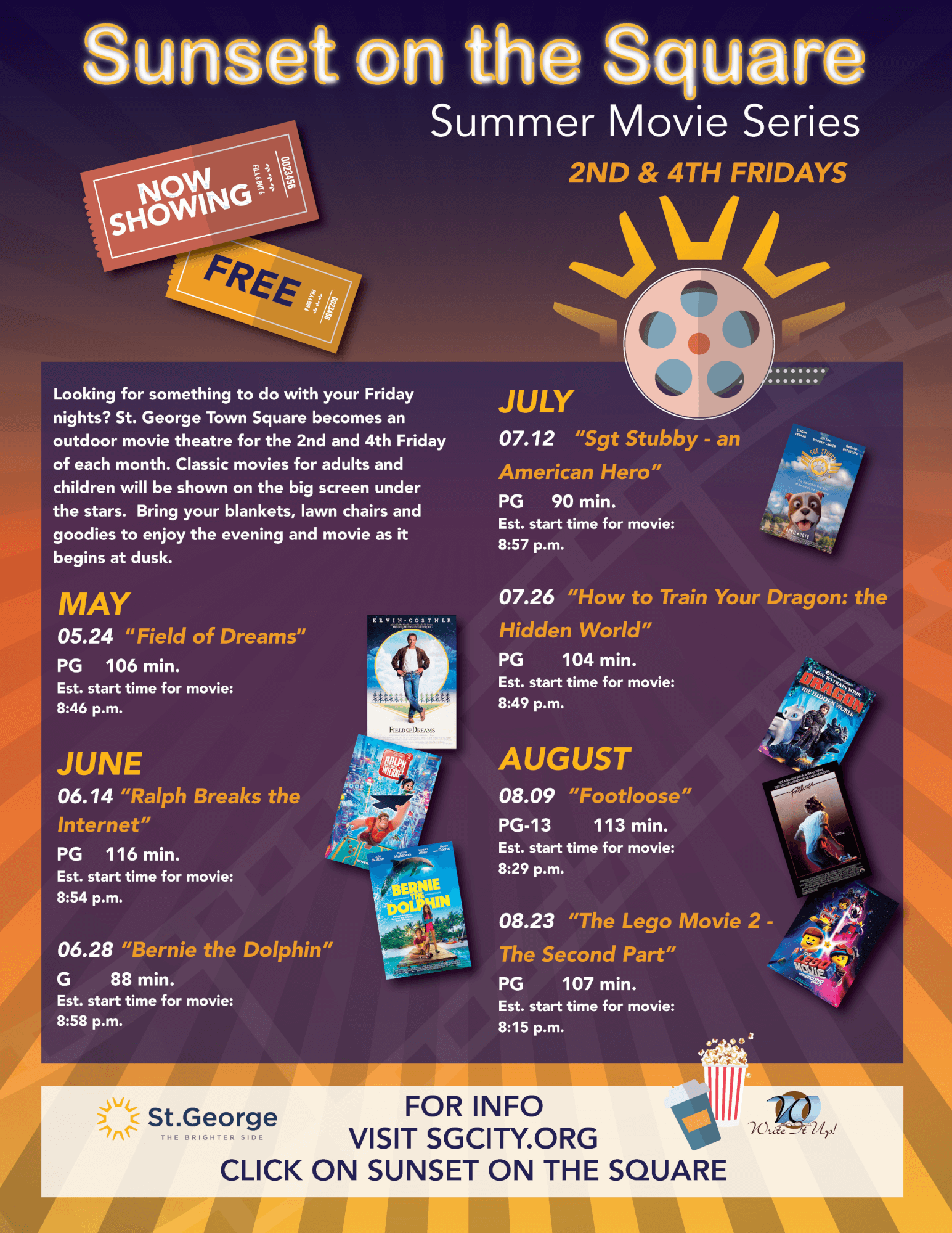 Prior to the movie, we will have dancing and music at the Square. There will also be prizes and various vendor booths to register at to win additional prizes. Bring a blanket or chairs and join us for a family friendly Friday date night!

Footloose is based on Elmore City, OK. Elmore City had forbidden public dancing by law since its founding. In January 1979, the local high schoolers asked that the rules be changed so that they could have a prom, to the anger of the reverend from the United Pentecostal Church. The kids won and got to dance on prom night.

Moving in from Chicago, newcomer Ren McCormack (Kevin Bacon) is in shock when he discovers the small Midwestern town he now calls home has made dancing and rock music illegal. As he struggles to fit in, Ren faces an uphill battle to change things. With the help of his new friend, Willard Hewitt (Christopher Penn), and defiant teen Ariel Moore (Lori Singer), he might loosen up this conservative town. But Ariel’s influential father, Reverend Shaw Moore (John Lithgow), stands in the way.