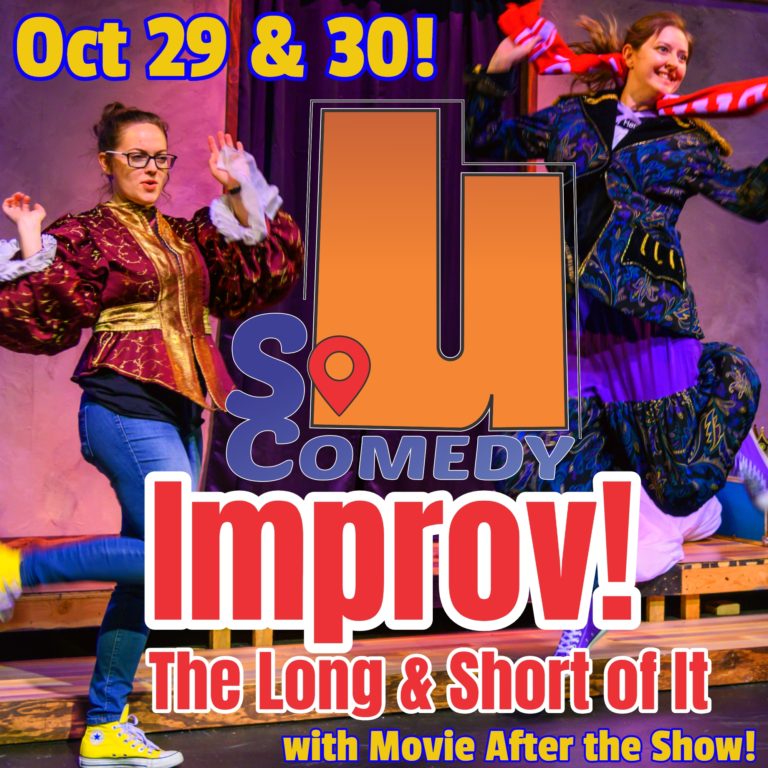 The So U Comedy presents Improv Comedy – The Long & Short of It. Two evenings, October 29 & 30, showcasing both short and long-form improvisational comedy and theater.

This hilarious ensemble will start each show by showcasing the fast-paced games of short-form improvisation. The second half of each performance will settle down into the rich theatrics (yet still very funny) of long-form. Audiences will get a taste of both ends of the spectrum as the cast of the So U Comedy creates funny jokes, skits and scenes based on random suggestions. The show will run for about 90 minutes.