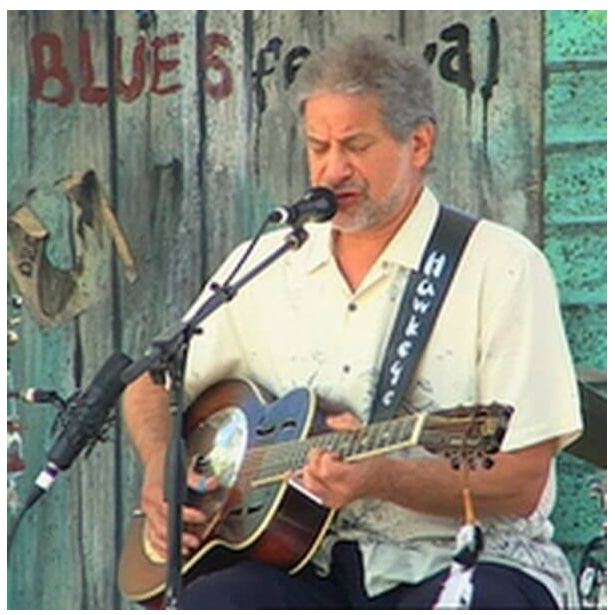 With over 50 years of performing experience, Michael “Hawkeye” Herman exemplifies the range of possibilities in acoustic blues and personifies versatile musicianship, originality, and compelling artistry as a blues storyteller. His dynamic performances have won him a faithful following, and he leads a very active touring schedule of performances at festivals, concerts, school programs, and workshops. Hawkeye performs a wide variety of traditional blues, ballads, swing, and original tunes, on six-string and twelve-string guitar, and is an adept and exciting practitioner of slide guitar and slide mandolin. His music has been included in video documentaries and in three-hit theatrical productions, and his solo CD, Blues Alive!, released in 1998, was greeted by rave reviews and greatly increased the demand for his live performances at major blues and folk festivals. His newest CD, It’s All Blues To Me!, was released in May of 2005.