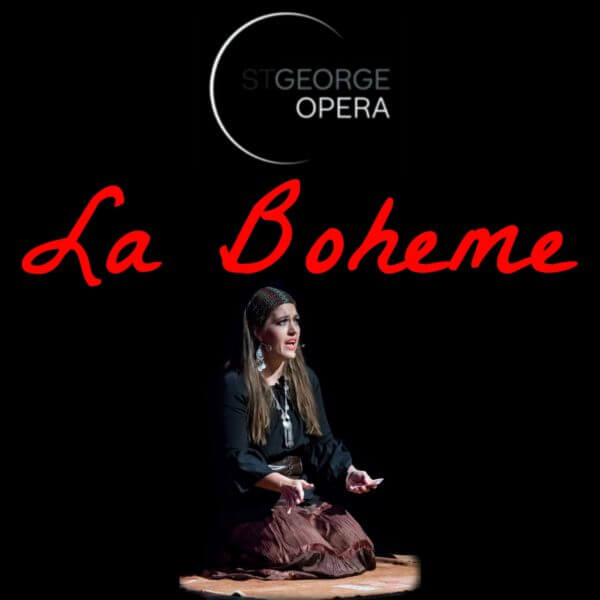 Considered by many to be the most beautiful opera ever composed, Puccini’s La bohème is full of soaring melodies, love, fun, laughs, and tragedy. The story follows a group of four bohemian artists trying to survive in 19th century Paris and the love affair between one of them, poet Rodolfo and the impoverished (and ill) seamstress Mimì. Director Robert Breault brings his classic staging to Southern Utah in an event that is not to be missed. Former Metropolitan Opera pianist and Dallas Opera Assistant Conductor Rebecca Pacheco will lead the music for a powerful cast. 2019 National Opera Association Artist Award winner Kathryn Grumley will portray the poor seamstress Mimì, tenor David Sauer returns to the role of the poet Rodolfo, after having premiered it in Italy, and Christopher Holmes brings his powerful baritone to the role of Marcello, the painter. Sung in Italian with English translation projected.

Arturo Toscanini conducted the first performance of La Bohème on February 1, 1896 at the Teatro Regio in Turin, Italy. The opera was made into a movie in 1965, and the 1996 Broadway musical, “Rent” is loosely based on it.