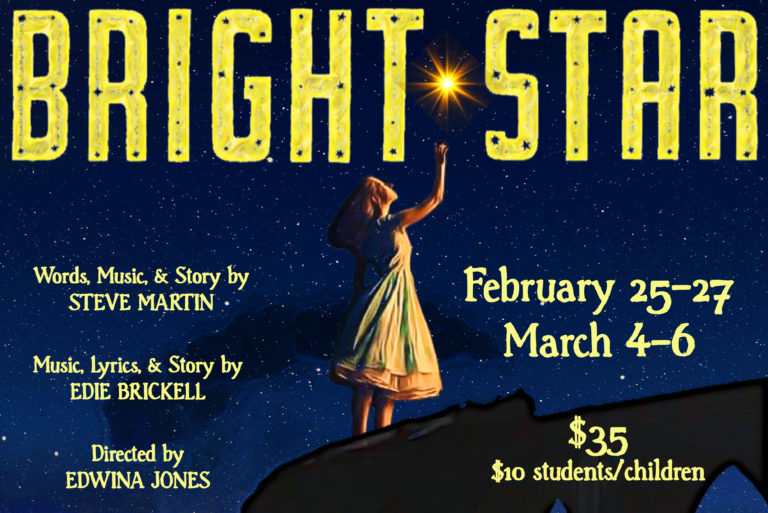 A romantic bluegrass musical with an important story about heartbreak and redemption.

Originating from the 2013 collaborative album from Steve Martin (yes, that one) and Edie Brickell, Bright Star is a bluegrass/Americana musical based on one of the most unlikely true stories of the 20th century.“The Iron Mountain Baby” was a five-day-old who fell approximately 50 feet from a train into Big River in Irondale Missouri. The baby was found by 72-year-old Civil War veteran, William Helms. William and his wife nursed the baby back to health and gave him a proper name, William Moses Gould Helms. The story of this baby spread through Missouri and gave cause to many women claiming to be his birth mother. Not knowing who to believe or trust, the Helms’ adopted baby William as their own son.

Bright Star takes the tragic events of the legend and asks “What if?” What results is the beautiful story that has everything musical theatre buffs love: extraordinary music, heartbreak, tragedy, a rollercoaster of emotions and a happy ending that proves there will always be a “bright star” of light to shine through the darkness.